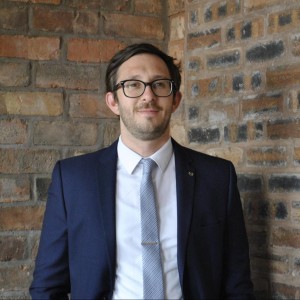 Born in Cheltenham, Matt started working at the age of 15 part-time at Moran’s Restaurant as a Commis Chef whilst he studied for his GCSEs and A-Levels. When he completed his A-Levels, he went down to Bournemouth University and studied BA (Hons) International Hospitality Management for four years which consisted of three years at university and a one year placement which he completed at a luxury hotel in Wiltshire. After graduating, he moved back to Cheltenham and worked at a quirky hotel called Kandinsky Hotel (Alias Hotel Group) in the Montpellier area. The General Manger of Kandinsky was approached by Bridgehouse Hotels which had just bought four hotels – one of which was New Hall Hotel. Matt was part of the team that rebranded this hotel from Thistle Hotel to Bridgehouse Hotels (the last year was working under Handpicked Hotels). After five years working at New Hall as Restaurant Manager, Matt decided he wanted to be exposed to a different side of the hotel industry, prompting a move to the Village Hotel Coventry – part of the De Vere portfolio. After a couple of years he then helped open and launch a high end 45 cover restaurant in Stratford-upon-Avon – No9 Church St where he stayed for over four years before joining Jubilee.

Matt hates odd numbers! So much so that everything has to be an even number – from the volume on the TV to filling up at the petrol station – sometimes it costs him a fortune!