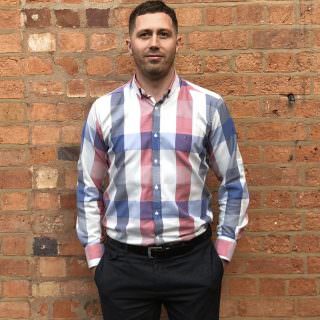 After moving to Cornwall in 2004, Gareth realised he wanted to be a chef. He soon got a job at a seafood restaurant and began learning to cook with great produce fresh from the harbour. This passion progressed and saw him develop his cooking on the south coast for four years in some of Cornwall’s best hotels. It was then time for back-to-back ski seasons for Scott Dunn Travel and in private houses, before taking up an opportunity to move to the land down under. Gareth was invited by his first Head Chef to take on a challenge in the winery region of South Western Australia. An experience Gareth calls amazing, he thrived on the lifestyle and a style of food he had never seen before. He found the mix of pan-Asian flavours combined with European ingredients really exciting – which is now commonplace back here in the UK. On returning to England, Gareth approached Jubilee to seek assistance in finding him a new role given the experience he had acquired. Nick Taylor gave him a call and within days he was Head Pastry Chef at Nuthurst Grange Country House. Having worked there for three years and trying his hand at Michelin star cooking, Gareth knew it was time for a Head Chef role. A former Head Chef invited him to join him as Head Chef at Walton Hall in Warwickshire. A long way from cleaning kilos of mussels back in Cornwall, he was ready to make his mark. Two and a half years later, after successfully running the hotel and winning several awards, Gareth acknowledged it was time for a new challenge. He had learned the value of having a strong team around him and the importance in looking after your people as a Head Chef and wanted to take these values into a new role. When the opportunity arose to become a Recruitment Consultant at Jubilee, Gareth knew this fitted the agenda. He now spends his time finding the best chefs around and supplying these to clients who value the need for quality, reliable staff.