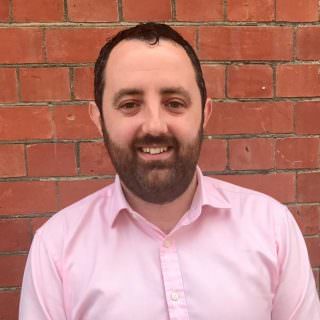 David had a keen interest in cooking from the age of eight when he first made an apple and rhubarb crumble with his Auntie. He trained at Birmingham College of Food completing his NVQ Level 1 & 2. After this he moved away from home to pursuit his career at Wentworth Golf Club, working under Michelin starred chefs Mark Flanagan and Thierry Billot for two years. The opportunity then came up for David to join Von Essen hotels in 2001 where he started as a Chef de Partie at Ston Easton Park Hotel, eventually leaving the company as Head Chef at The Elms Hotel after completing 12 years of service. David then spent two years at The Hare and Hounds Hotel in Tetbury where he maintained 2 AA Rosettes.

David won the Chaine de Rossitiers UK Young Chef of the Year in 2005, held at the Cordon Bleu Cookery School in London, competing against chefs from some of the leading restaurants and hotels across the country. Following this, David was entered into the World Chef of the Year competition held in Bermuda where he competed against some of the best young chefs in the world.

In the summer of 2015, David jumped at the opportunity to join Jubilee as a Recruitment Consultant that enabled him to use his skill set for man-management and sourcing the best chefs in the Cotswolds region to provide a quality service to hotels and restaurants with temporary chefs. David still keeps his hand in the kitchen, occasionally working at client sites to ensure the chefs he supplies work to the standards expected by Jubilee staff.

Shortly before joining Jubilee, David completed the Inca Trail in Peru, consisting of a 4 day, 25 mile hike through the Andes Mountains, to reach the ruins of Machu Picchu – the lost city of the Incas.