Left Vagator at 12pm, 180k push to Gokarna down the coast. Rich slept and nursed his hangover so I took command for the 7 hour drive. Stopped for KFC in Goa’s capital. It was amazing! At the border the police wanted a pay-out as usual. We joked as usual and tried to get out of it. Eventually he settled on an Aston Villa football shift I had with me. We had a selfie then he added me to Facebook. Quite bizarre!

Continued until around 6pm when suddenly we couldn’t change gear. Managed to find a gear and stopped in at half a dozen grease monkeys on the highway, none of which wanted to look at it. Decided to continue to Gokarna. Good decision. What a great town. Just what I had imagined of India and my best site to date. Colourful, fragrant, beer on sale, bustling, winding coastal streets. Rich found a hotel whilst I spoke to local rickshaw drivers and asked about mechanics. They were very helpful. I’ve arranged to meet one of them at 9am tomorrow who will show me where one is. Failing that it’s 25k to the next big town. I think it’s a gearbox, gear cable issue but the engines not ticking over properly either. Going to go to a street carnival tonight and have a beer. It’s out of my hands now. 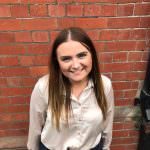