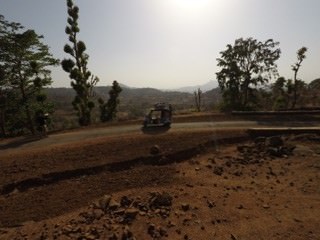 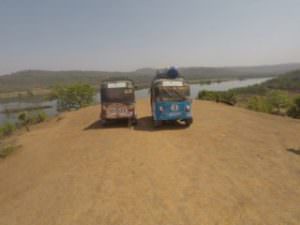 Bit of a mix up today on the destination for a party. We’d booked accommodation for the night in Pallolem beach south Goa, two hours away. Getting ready to leave we were told it had been moved so we were staying put. Great news. 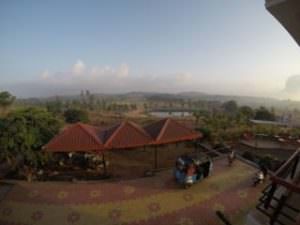 We can have a total day off. Cooled by the pool, swam at Vagator beach, drank some beer, had a nap, washed my clothes, ate some food. Recharged the batteries. Went to the organised party at waters, was pretty tired so didn’t rock the dance floor but listened to cool trance music, great light show and shared tales with other teams. Our story of abandoning the rickshaw to the hill tribes had made its way round and people were interested in the tale. It’s the 11th today so we need to shake the hangover and get down to Kerala. Its 840k according to the map but who knows what lies in the way….