Chef Claude Bosi has announced the closure of his two-Michelin-starred restaurant Hibiscus, in Mayfair.

The restaurant will close for good on 1 October 2016 after nine years in London.

Bosi said: “We want to thank our loyal and supportive customers, many of whom we are now lucky enough to call friends. We have loved being in Mayfair; it was the perfect place to open our first London restaurant all those years ago”

“This isn’t the end; we hope you will join us in the next chapter, which we are hugely excited about and will announce later this year.”

Hibiscus first opened its doors in Ludlow, Shropshire in 2000. Within a year it had gained its first Michelin star, followed by a second in 2004.

Bosi has owned a wide range of businesses with his brother Cederic, from pubs Fox & Grapes in Wimbledon Village and the Charlton Arms in Shropshire, to a boutique Townhouse hotel in Ludlow.

The only other business he currently operates is the 55-cover pub, The Swan Inn, in Claygate, Surrey which opened on 20 May 2016.

Earlier this year, Bosi announced in order to improve staff consistency and turn over he reduced staff hours. 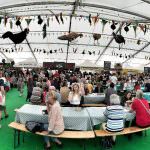 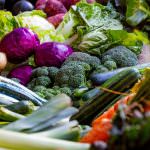